We’re very happy to announce a guest post on the Vavr Blog written by Mincong Huang. He is a software engineer from Paris/France and works at DataDog, formerly nuxeo and hibernate (intern). 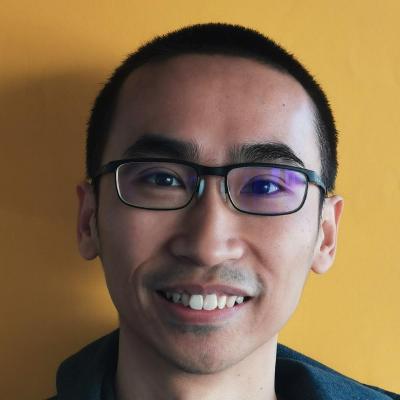 We really love to have Mincong as a member of our open source organization Vavr and as a regular contributor.

Vavr Jackson is a Jackson datatype module for Vavr library.
On July 04, 2020, Vavr Jackson 1.0.0-alpha-3 was released. This post describes
changes that were made between previous version 0.10.2 and the current version 1.0.0-alpha-3.
To use the new version, here is what you need to do in Maven or Gradle.

If you never use it before, it's really simple: you just need to register the Vavr module
into your Jackson object mapper and Vavr Jackson will handle all the
serialization and deserialization of Vavr types for you:

Now, let's get started to see the changes!

Upgrade to JUnit 5. The testing framework used by Vavr Jackson had been upgraded from JUnit 4 to
JUnit 5 thanks to the contribution of Edgar Asatryan
(@nstdio). Most of the assertions remain the same,
but it's still very valuable because it helps us to reduce technical debt, make
it possible to use new syntax and new features when writing new tests. The tests are
less verbose because the public modifier can be removed from test-cases. Also,
the expected exception pattern @Test(expected = MyException.class) is replaced by assertThrows(...), which makes
exception-assertions more explicit.
https://github.com/vavr-io/vavr-jackson/pull/137

Testing Java 11 and 14. Vavr Jackson is compiled with Java 8 and can be used
in Java 8+ environments, but we never tested it before. To more this more
explicit, we added the LTS versions: Java 11 and Java 14 to our CI. To support
this, the Gradle build version had been upgraded from 5.6 to 6.3 as well. https://github.com/vavr-io/vavr-jackson/pull/151

In Jackson, contextualization is an important concept for serialization or
deserialization. It allows serializers and deserializers to be configured via
annotations. For example, if we have a date class YearMonth encapsulated by a
VAVR class Option as follows, where JSON format is configured outside of
Option:

In this case, without contextualization, the annotation will only be used by
Option serializer and deserializer, not
by YearMonth, because the context is lost. So serializing a year-month may
result to its ISO-format, which is "yyyy-MM". With contextualization, we can
create a custom serializer or deserializer with configuration preserved. So
serializing a year-month will result in text in the format "MM-yyyy", as specified
by the user. To support this, we implemented two Jackson interfaces,
respectively for VAVR serializers and VAVR deserializers:

The key comparator used by map-like deserializer was done incorrectly. As a
result, for ordered map-like objects whose keys are the values of an enum, the
default ordering was incorrect. We used alphabetical order instead of the enum
ordinal order. This bug is fixed in the current version.
https://github.com/vavr-io/vavr-jackson/issues/142

In this article, we discussed the changes made in VAVR Jackson 1.0.0 Alpha 3.
You can visit our milestone
v1.0.0-alpha-3
to access the complete list of issues and pull-requests.
If you had any feature request or found any bugs, please reach
us on GitHub by creating an issue:
https://github.com/vavr-io/vavr-jackson/issues.
Hope you enjoy this article, see you the next time!

Good morning! Yesterday, I wrote a parody post about Yours Truly. I stated that OOP and FP are basically the same — and I meant it. But you may have recognized that my example